JFrog provides world-class infrastructure for software management and distribution at the binary level.

Based in California, Israel and France and founded by longtime field-experts, JFrog is the creator of Artifactory and Bintray; the company that provided the market with the first Binary Repository solution and software distribution social platform. Through its flagship product Artifactory, JFrog has changed the way developers and DevOps team store and manage binary code, allowing for complete control over the full software release flow. JFrog continues to set the software industry standard with Bintray, today's leading software distribution platform which offers a developer centric, social platform for storage and distribution of software libraries.

JFrog’s audience is both software developers and DevOps teams. The company positioned itself between these two groups and managing one of their common challenges in software artifacts, JFrog is at the hub of the Devops domain where development and IT operations meet. 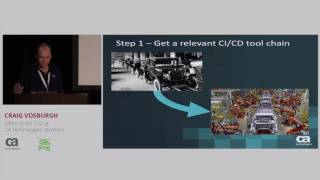